‍Comedy Crowd enables over 8,000 creators to produce original comedy for brands, broadcasters, and fans. They believe that great comedy comes from a great crowd, but they couldn’t find the perfect way to include everyone. Until they discovered how to add subtitles to video online.

So who are Comedy Crowd?

The Comedy Crowd team wants to empower all creators to make comedy because of the unique perspectives and stories they all have to tell.

Jonathan Jayson founded Comedy Crowd three years ago. Although Comedy Crowd are only a small team, they reach comedy fans and brands from all around the world using social media.

How does good comedy find a way to shine through online?

To shine through online, Comedy Crowd must produce high-quality content, and be able to repurpose it for social media, add subtitles for accessibility, and so much more.

"It was pretty clear to us that our videos had to be recognisable, high value and accessible to all, and so it was really just a matter of finding the right online subtitle tool that would help us do all that," said Jonathan Jayson, CEO and Founder at Comedy Crowd.

Comedy Crowd's success can be partially attributed to the win-win-win situation they've created.

Brands engage with diverse audiences and pick from a huge variety of content and ideas. Creators can access a positive community, as well as regular comedy opportunities. Fans get to watch hilarious content they can relate to.

"While we knew we had a winning formula with brands, creators and fans, we still needed a strong brand on social media for it all to work and to reach a global audience," said Jonathan.

So what was the challenge the team faced?

Navigating video marketing along with all other aspects of a small business is no easy task. Nevertheless, with a clear goal in mind and the right tools and teams, anything is possible!

It was clear that repurposing content across channels was a simple way to enhance the reach but reduce the work of creating content.

What were Comedy Crowd's goals on social media?

Comedy Crowd needed a way to engage comedy fans across social media platforms to establish the brand as a destination for great comedy.

The team quickly realised they needed a way to make high-quality videos quickly that would engage people across all digital channels.

That's a lot of work.

Why did Comedy Crowd look for a tool like Subly?

Before Subly, editing was a long process, with complicated video editing software and steep learning curves. Repurposing content would take days and manually adding subtitles could practically be a full-time job.

"Before Subly, we were forced to either not repurpose and not add subtitles to video or use YouTube's transcription service which was slow and inflexible," said Jonathan.

Why was it key to add subtitles?

Despite the work involved,  not taking the time to add subtitles would mean missing out on a huge opportunity online. Videos with subtitles on Facebook had 16% higher reach, 15% more shares, 17% better reactions and 26% more CTA click-throughs than those without.

This left them looking for a solution that was fast, flexible, visually-appealing and most importantly, low-cost.

Can’t find what you’re looking for?

Give Subly a test drive today for free.

We know how hard it must be to choose the ultimate app for your best content ever. Try Subly today and see if it's the perfect match for you. No credit card required.

Get started for free
Try for free for 14 days. Get started in seconds

The result–"Subly is so quick and easy to use."

Since using Subly, Comedy Crowd have been able to streamline their workflow and save time and money.

Using subtitles has boosted their online engagement and enabled them to tailor their content to each social media platform as needed.

How have subtitles helped?

A study done by Verizon media found that adding subtitles is proven to increase engagement. In fact, 80% of consumers are more likely to watch an entire video when subtitles are available. And this is exactly what Comedy Crowd have experienced through their own content.

"Adding subtitles, resizing videos, and creating the best videos we can has been a breeze using Subly. And it's great to see engagement up!" said Jonathan.

Given its absolutely key to add subtitles to video online, and Subly makes it so easy, their online media team is now able to focus on being creative rather than typing captions all day.

Here's how they add subtitles and repurpose now:‍

The team uploads a video in a matter of seconds, adds subtitles to the video, resizes the video, and downloads– straight from the browser. And that's it! The video is ready to be published on different social channels.

How has their reach on social media improved?

Comedy Crowd has also noticed a significant boost in engagement on Facebook and Twitter where videos auto-play without sound.‍

They can attribute this boost to the resizing of content to better match the context of the social platform and to the addition of stylised subtitles that consumers associate with their videos– stopping the scroll of those with the sound-off.

Comedy Crowd decided on a style for their subtitles once and used this same distinctive style on all their videos using Subly's Custom Style Template feature.

Learn more about the Custom Style Template feature and other features in our How To series on YouTube.‍

Read more about how you can use repurposed content to grow across multiple channels, too, with the help of social media subtitles.

After trying out lots of different tools and apps, nothing stuck. Not a single tool seemed to check all the boxes for the team. And content editing wasn't becoming any easier.

Which solutions did they try?

The Comedy Crowd team tried many tools. But none solved all the problems. User experience wasn't easy, the subscriptions weren't flexible enough, the subtitles weren't delivered in time and some solutions were too expensive for what they offered.

For Jonathan and his team at Comedy Crowd, the speed, flexibility (i.e. ability to tailor the timing of individual words on the subtitles for comic timing), user experience and low cost were non-negotiables for us when searching for a solution.

How did they find Subly?

By chance! An Angel investor of Comedy Crowd set up a call which Holly Stephens, Subly CEO, attended. Luckily, Subly fixed all the issues with the easy-to-use editing interface, exact control over timing of subtitles and simple pricing (starting at $0!).

Why did Comedy Crowd stick with Subly?

"Subly has helped us reach more fans on social platforms by enabling use of subtitles. Having a consistent and flexible tool for subtitling videos means users can recognise our content as being distinctively the Comedy Crowd brand," said Jonathan.

How does Subly fit with their workflow now?

Alongside other simple video snipping and editing tools, it has helped them to save countless hours that would have been spent manually captioning videos instead of creating great comedy.

Start with Subly Pro today
Try for free for 14 days. Get started in seconds

Back to all customer stories 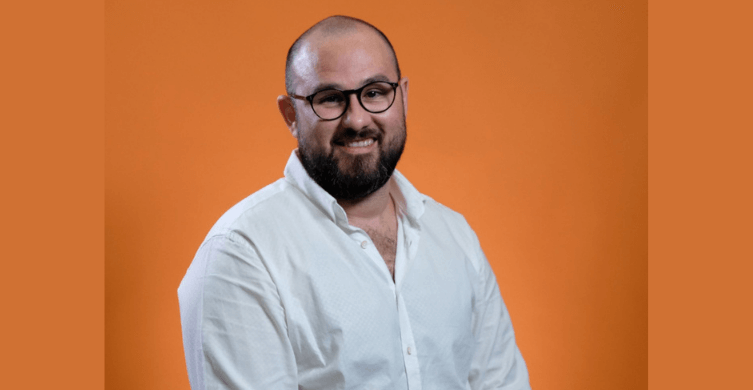 Subly helped me to auto-translate videos for YouTube and grow my channel!

"
Oscar Motta-Quintana
-
Agency Owner and YouTuber
🍪
This site uses cookies to store information on your computer. Some are essential to make our site work; others help us improve the user experience.
By using the site, you consent to the placement of these cookies. You can ready our Privacy Policy.
I'm alright with it
Discover Subly