Keep up to date with Subly, sign up to our newsletter!
Thank you for joining our community! You will receive an email shortly to confirm.
Close this pop-up
Oops! Something went wrong while submitting the form. Please contact us at support@getsubly.com.

Login
Get started - it's free!

Are you wondering what to expect from your online film festivals this year? Don’t worry, we spoke with Philip Ilson, Artistic Director at LSFF, to see what online festivals will look like this year.

Everything from transitioning to online to using accessibility tools to reach more international audiences, to mobile filmmaking and subtitles in social media posts!

Here’s what we learned...

It must be so difficult for you guys, figuring out the whole technical side of moving online. How has that been?

To move the whole festival online has been quite a challenge since we’ve never had much of an online presence.

This year, we're working with a platform called Aventive, to present all the screenings online. The challenge is getting the word out there and getting people to engage with the online platform.

The other challenge is that many festivals have gone online so, there’s a lot of content online. You're kind of up against the many things that are happening in the digital space.

The plus side of that is that we've gone internationally now!

What about those who usually attend LSFF, was it difficult to find that audience on digital?

We’ve been going for 18 years, so I think the festival has always had a strong following within the UK. Hopefully, those audiences and those filmmakers will be able to stay with us in this transition. The positive side of this is that we can explore more audiences.

What is exciting about this period is that there is no reason why we can't continue to do the festival this way alongside being in the physical space to maintain that wider audience that we find this year.

Have accessibility tools, not only Subly, helped you encourage that kind of larger variety of international film?

With subtitling, it's working the other way around. UK filmmakers are now able to subtitle their work for others outside of the UK.

Of course, this country needs to have working subtitles for people that are hard of hearing or for deaf communities, too.

I suppose. Filmmakers just want to get their work seen, they don't care a lot of the time how that happens, they want to be on a screen in front of an audience, they want to be online. They're perfectly happy for both to sit side by side.

The beauty of working with short forms is that people are quite open to these new things.

Obviously, they would love to see it on the big screen but, you could have 100 people watching it in the cinema, or you're in an online space and you can have 100,000 people watching your film. I think this makes a big difference to a lot of filmmakers.

How do you think the rise of digital has affected short film making in general?

The festival grew out of a film club that I was running in London at the time in the early 2000s and has been running for 18 years now. Back then, it was kind of the boom time for affordable technology. It was a time when people could really start going out and just doing it themselves.

So in the past two decades, the move to even cheaper and easier technology, like mobile phones and editing software, has enabled filmmakers to make a lot more work in less time.

How mobile phone filmmakers do you get these days?

It’s difficult for us to answer this because when we ask people to send films, we don't ask them anything about how they made the films or the budget for the films. We’re looking at the films as pieces of work, and it doesn't matter how they are made as long as the work itself is something that we want to show and showcase.

Now you can get so many lens attachments to mobile phones, you could probably make something that would be the same as if you made it on 35mm film.

Do filmmakers have accessibility requirements they have to meet in the digital space?

Yeah, for us having everything subtitled was important, it was something that we wanted to do.

Even when we were in the physical space, we tried to have screenings subtitled. We worked with the National Theatre to get caption glasses. So, hard of hearing people can wear glasses and the words will appear on the screen, but they don’t show up for those not wearing glasses. We were one of the first film festivals to use that technology. It was quite a lot of work to make that happen.

With subtitled screenings for the hard of hearing people I know that, as a person that goes to the cinema a lot going to an English-speaking film with subtitles, it's tempting to keep looking at subtitles. As soon as subtitles start appearing, you start to read them automatically.

Do you think that in the next couple of years, tools that are going to be translating subtitles will encourage even more international films to be coming through?

Yeah, I think so. In terms of the subtitling for filmmakers, I think it's really important that they find it as easy as possible. Lots of filmmakers are going to want their films subtitled in English to access larger audiences.

I think all international filmmakers would want their films subtitled in English.

What tips do you have for filmmakers who are looking to get their movie out there, but they're limited to digital space?

That’s another interesting side to the online space. There's so much stuff out there digitally. It's quite difficult to get noticed, I think.

With filmmakers negotiating their own digital space, it must be a nightmare for them when you have to get yourself noticed. If you're good at that kind of marketing you can, though.

There's a lot of filmmakers that haven't gone through festivals. It's not a rule that you as a filmmaker, you have to screen at festivals before you, then move on to the next stage. A lot of filmmakers have missed festivals completely, gone into online spaces and been noticed through those networks.

Thank you for Philip, and LSFF for the insightful conversation.

Click on the image below to start adding subtitling with Subly for free today! 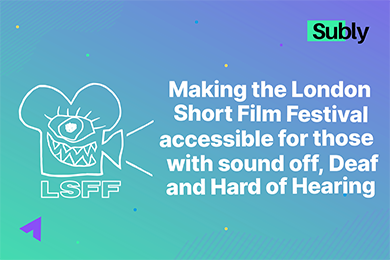 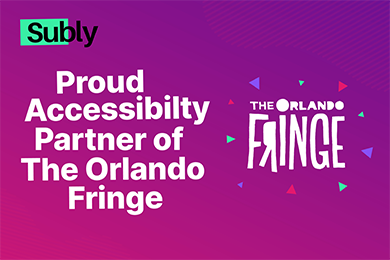 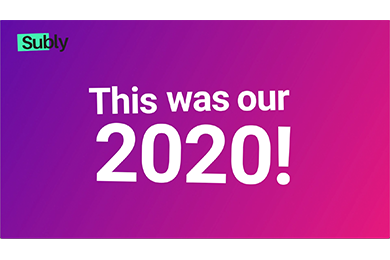 A Year of Subtitles in 80 seconds

A Year of Subtitles in 80 seconds